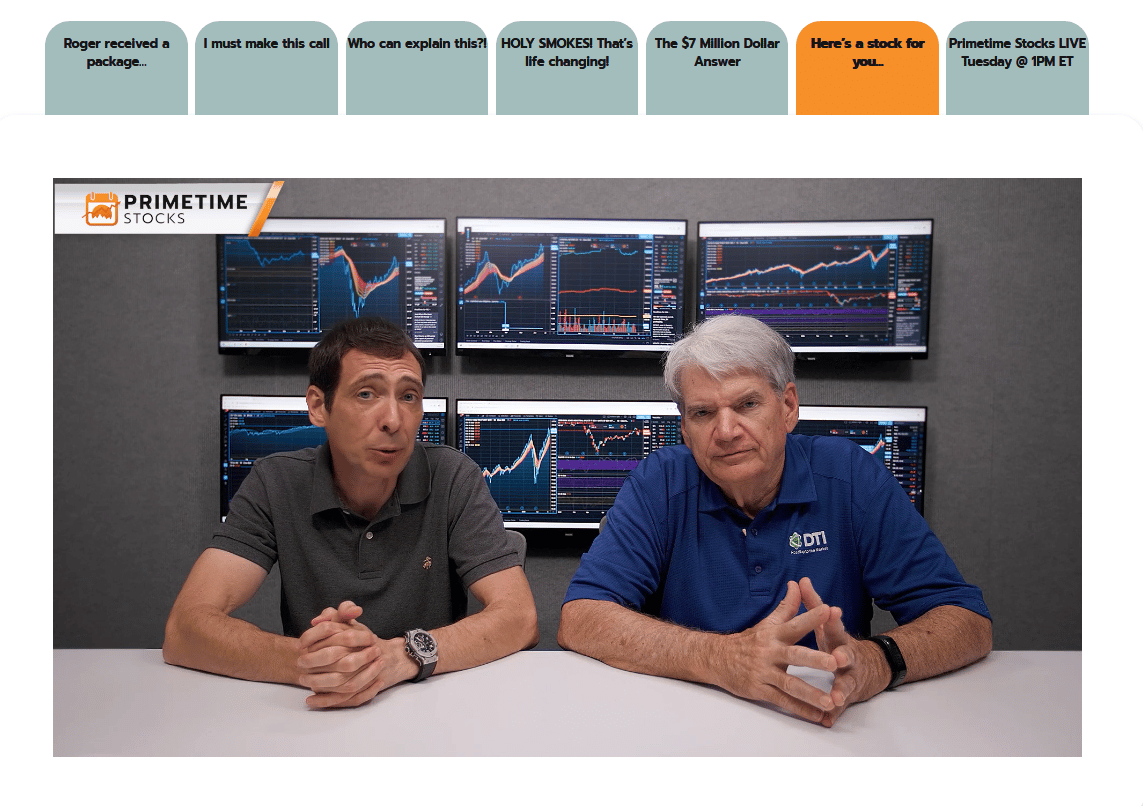 PrimeTime Stocks with Tom Busby and Roger Scott – When is it?

The world premiere of Primetime Stocks with Tom Busby and Roger Scott is today, June 23rd at 1PM.

Today, at 1PM Eastern, thousands will be joining Roger Scott and Tom Busby LIVE for the world premiere of Primetime Stocks with Tom Busby and Roger Scott.

In order to deliver you the best viewing experience and to make sure you have ZERO interruptions from receiving your brand new #1 Primetime Stock Pick (that could make you over 350% in the next few days), we have a few items we need you to do.

– Make sure you have the Zoom
application downloaded.

The live webinar will be viewed on Zoom, so downloading the software is essential for your viewing experience.

– Make sure to show up at
least 30 minutes early.

Space is limited for the event at 1PM Eastern, so showing up early is essential to guaranteeing your spot.

PrimeTime Stocks with Tom Busby and Roger Scott – How to Attend?

With Primetime Stocks hosted by Tom Busby and Roger Scott being a world premiere, we expect a full house… and the last thing we’d want for you is to be left on the outside.

Once you know Zoom is downloaded, you are now ready to attend WealthPress’ world premiere of Primetime Stocks hosted by Tom Busby and Roger Scott!

Where: Zoom! Using this link: wealthpress.com/primetime

PrimeTime Stocks with Tom Busby and Roger Scott – What will You Learn?

Tom Busby and Roger Scott wi’ll be revealing to you ONE stock that always spikes over 100% every single year on the same date and how you can capitalize on it… but they will only be revealing this live, Tuesday June 23rd at 1PM Eastern.. so do NOT miss it!

Who is Tom Busby?

Tom Busby is the founder of the Diversified Trading Institute. He is a noted author, trader, teacher and market commentator. Busby was one of the first people to trade live in front of a crowd of clients and peers. The DTI was recently called one of the top 10 trading schools in the country by SFO Magazine.

Steady Income Investments > Passive Income > PrimeTime Stocks with Tom Busby and Roger Scott – Is it Worth Your Money?