Ted Bauman is out with a new presentation about an executive Order 14008 which stuns energy industry and fast-tracks $16 trillion investment opportunity. Learn the name of Ted Bauman’s Solar-on-Demand’s Standard Oil Company here…

Every once in a while, an investment opportunity comes along that’s so big it can’t be ignored.
And right now, “a perfect storm” in the energy industry is creating one of those opportunities.

Goldman Sachs calculates this will bring in $16 trillion of investment before the end of the decade.

That’s the equivalent of $50,000 a second … every second, for the next 10 years.
In the time you’ve been reading this, another $1.25 million could be flowing into this opportunity.

But here’s the really interesting bit…

The company at the center of it all — the one Ted Bauman’s research leads him to believe will go on to make the biggest gains — is yet to hit the headlines.

The profit potential here is off the charts.

And as I’m sure you know, these kinds of opportunities don’t hang around for long.

Which is why Ted Bauman ecorded an urgent presentation to get you up to speed — fast.
It reveals how a perfect storm in the energy industry has created a once-in-a-generation investment opportunity…

And gives you the details on the ONE stock you can buy today to potentially capture the biggest profits from this rapidly developing situation.

What is Ted Bauman’s presentation All about?

This energy revolution is growing by $50,000 per second … more than $117,650,000 of investment has flowed into it since you first heard about it today. And Ted tracked down what he believes will be the single best investment you could make in this opportunity today…

This company is on track to make solar power not only cheaper than traditional energy, but also just as reliable.

And it’s already paying off…

In 2020, it made more money than any other solar company — and all the oil supermajors combined…

It has smart money piling in from Goldman Sachs, BlackRock, JPMorgan Chase and Citadel…

Yet, right now, its stock is worth less than 1% of the traditional energy majors. The potential here is off the charts.

Like it or not, our government has committed to powering America on 100% clean energy by 2035. And solar-on-demand is the key technology that will help make it possible.

We’ve seen stories like this play out with Apple, which made investors more than 10 times their money in five years, when it revolutionized music technology…

And Netflix, which disrupted the film and TV industry … and handed investors 43 times their money over 10 years.

That’s why Ted Bauman puts everything you need to know to invest in this company — today — in your special report: Solar-on-Demand: Stake Your Claim in the $16 Trillion Energy Revolution.

And you’ll get it for free when you subscribe to The Bauman Letter.

A big part of this $16 trillion energy revolution has to do with energy storage. Which is why more storage was added to our grid last year than in the previous five years combined. And why by 2030, the global energy storage market is set to grow by 2,600%.

Ted Bauman’s second pick is perfectly placed to take advantage of that huge surge in growth. In fact, it already is…

This one company now controls more energy storage than any other company in the world. More than household names such as Tesla, Hyundai, NEC and Mitsubishi… And it has contracts with over 30 Fortune 500 companies, including Amazon, Apple, Facebook, Alphabet (Google) and Walmart…

On top of that, it’s growing at a staggering rate. It’s already closed enough contracts this year to quadruple its 2020 revenue. But right now, this company is one of the best-kept secrets on the market.

It’s currently just 0.2% the size of Tesla. And its shares trade for less than the price of a tank of gas.

And Ted Bauman puts everything you need to do that in this special investment research report: Investing in America’s Smart Energy Superstar.

You need to become a member of The Bauman Letter. 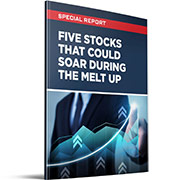 5 Stocks That Could Soar During the Melt Up (Report)

Here’s how to prepare for the biggest stock market event of the decade…including the name and ticker of the best-performing stock of 2021.

What Is The Bauman Letter?

The Bauman Letter is designed specifically for people who want a range of investment options … not just risky speculative bets.

Who Is Ted Bauman?

Ted Bauman joined Banyan Hill Publishing in 2013 and is editor of The Bauman Letter, Bauman Daily and Profit Switch. He lives in Atlanta, GA with his family.

Ted has spent his entire life helping people secure and keep their wealth … and their freedom and independence … starting with himself. Banyan Hill is a natural extension of his quest.

During his 25-year career in South Africa, Ted served a variety of executive roles in the nonprofit sector, primarily as a fund manager for low-cost housing projects. One effort he helped found, Slum Dwellers International, has gone on to help over 14 million people in 35 countries.

During the 2000s, Ted worked as a consultant, researching and writing extensively on finance, housing and urban planning issues for clients as diverse as the United Nations, the World Bank, the South African government and European grant-making agencies. In 2008, he returned to the U.S. where he served as Director of International Housing Programs for Habitat for Humanity International. He left in 2013 to work full-time as a researcher and writer.

Ted’s career has taken him all over the world. He has visited more than 80 countries in Africa, Asia, Europe, Latin America and the Caribbean. These experiences have taught Ted that it’s possible for anyone to grow their wealth and live the life they’ve always dreamed of. He brings his commitment to this goal in his monthly newsletter, The Bauman Letter.

He is regularly quoted in financial publications including Barron’s, Forbes, MarketWatch, The Guardian and Benzinga, as well as on financial TV. He has also published articles in international journals including the Journal of Microfinance, Small Enterprise Development, and Environment and Urbanization. In addition to his own book, Endless Income, he also co-authored the book Where to Stash Your Cash Legally with his father and former U.S. Congressman, Robert Bauman. 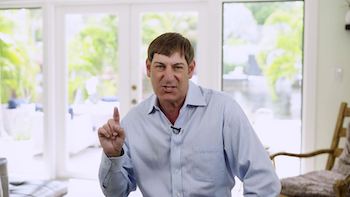 Costas Bocelli has demolished the best investors alive with an average 30% gain every 30 days.

You can too. See how here.

Here’s Everything You Will Enjoy When You Join The Bauman Letter:

In addition to the reports listed above, you’ll get….

12 Monthly Issues of The Bauman Letter

This is the core of Ted Bauman’s service. It’s a powerful eight-page newsletter Ted send out to about 90,000 subscribers every month. The Bauman Letter is how Ted Bauman brings you his new stock recommendations and exciting opportunities to grow your wealth.

Each week, Ted Bauman and his team field your most frequently asked questions about the market, the economy and their top investment recommendations. He uses these to keep you up to date on new opportunities he’s looking into and keep you ahead of any financial threats Ted sees on the horizon.

This portfolio contains all of Ted Bauman’s top investment recommendations for your best shot at big, sustained profits throughout any market conditions.

Each stock recommendation is the result of hundreds of hours of research. And each one comes with a full report into why Ted believes it’s set to outperform the market, as well as its short- and long-term profit potential.

Bauman Daily helped 108,000 people avoid losing their shirts when coronavirus wreaked havoc on the markets … and brought them opportunities to make 50%+ gains in weeks as the recovery began.

Ted will set you up with a free subscription if you don’t have one already.

Ted Bauman built a dedicated customer care team for The Bauman Letter subscribers. If you ever have questions about your subscription, simply give one of Ted’s team members a call. They’ll walk you through whatever you need.

Your Bauman Letter Subscription Comes With a 365-Day “Walk Away at Any Time” Guarantee.

Ted Bauman will give you a full 365 days to decide if this is right for you. You can walk away at any time, for any reason, and claim a full refund.

As of moment of writing, you can get full year’s membership for just $47.