I recently received email invitations to check out this investment research service, so I decided to take a closer look at it.

I composed a detailed and unbiased review of Empire Elite Trader by Enrique Abeyta, which includes a quick overview of it, how it works, pros, cons, and a few other details.

Keep reading to learn more about it.

Empire Elite Trader Review – What is it?

Some folks like to buy stocks and hold them forever.

Once they identify a few high-quality stocks, they are comfortable with setting it and forgetting. And it’s a great strategy for most investors.

But some folks like a little more action from the markets…

They want the opportunity to juice their returns by getting in and out of trades in a matter of days or even months.

Which type are you?

If you are the type that likes a little more action – you’re in luck. You can try Empire Elite Trader.

Empire Elite Trader is a short-term trading service that draws from a universe of around 100 mid- to large-cap stocks. Editor Enrique Abeyta draws on the strategy he used during his two-plus decades on Wall Street to outperform the broad S&P 500 Index over the long term on a net and risk-adjusted basis.

Since its launch in September 2019, Empire Elite Trader subscribers have benefited dozens of from quick gains, including:

Each week, Enrique sends subscribers his favorite trading idea (or two) and commentary on the market. In addition, he sends out occasional urgent “buy alerts” to readers when he finds a trade that just can’t wait.

Enrique recommends trades to hold for a few days to a few months, focusing on quick gains. His model portfolio generally has no more than 20 stocks at any given time.

How often is Empire Elite Trader published? – Every Wednesday

How much capital do I need to get started? – We recommend a portfolio large enough to put at least $1,000 into each of Enrique Abeytas’ recommendations

What will you be recommending? – The vast majority of our recommendations are small- or mid-cap, U.S.-listed stocks 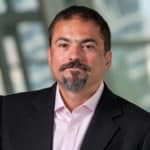 Enrique Abeyta is the editor of Empire Elite Trader, a weekly investment advisory that focuses on quick gains through short-term trades.

Enrique joined Empire Financial Research in 2019, bringing with him more than two decades of financial experience and a proven history of discovering multibaggers that the rest of the market was missing.

Every Wednesday, right around lunchtime, I’ll send you an email with my commentary on the market. Most weeks, these issues will contain my favorite trading idea (or two) at that time. Like I said, it will typically be a recommendation to buy shares of a company that is poised to shoot up.  We’ll plan on recommending to hold these trades anywhere from a few days to a few months, and then sell for quick gains before moving on to the next trade.

Occasionally, I won’t want to wait until Wednesday to send you a trade, so I’ll send out an urgent buy alert. That’s exactly what I did with Netflix and Altria.

I just put the finishing touches on a comprehensive special report where I share the biggest lessons I’ve learned from my 25-plus years as a professional investor… including what works, what doesn’t work, my investing approach, and exactly how I go about finding winners.