Every morning, 68-year-old retiree Carl M. thumbs through The Mercury to check the price of gold.

When he has extra cash, he hops in his pickup and makes the short drive to High Street in Pottstown, Pennsylvania… to buy gold from Barry’s Coins, Federal Coin Exchange, and American Cash Traders.

Unfortunately for Carl, the 2008 financial crisis obliterated his nest egg. And he’s shunned stocks ever since.

So today, over 50% of his investable assets are in gold.

You can probably tell Carl is a gold bug. As he says…

I like gold because it’s tangible. I can hold it. When you have a couple coins in your hand, you can feel the weight of your wealth. It’s very different from seeing your wealth on a computer screen. And if I get into a bind, I can cash in a bar or a coin… Gold will always be worth something.

Now, gold is having a good run. Since the recent market pullback on coronavirus fears, gold’s up 3.8% while the S&P 500 is down over 3%. And that’s great for Carl and other gold investors.

But let’s keep some perspective here…

However, there’s a group of stocks outperforming both stocks and gold. And they hold up better than gold during sell-offs.

We call these stocks the “Untouchables,” because no one can touch their performance…

To find Untouchables, we studied every major bear market over the last two decades.

We combed through 19,000-plus publicly traded stocks in North America to pinpoint ones that hadn’t dropped 10% or more during any calendar year since 2000. (And this period encompasses two major bear markets.)

So unlike most stock-picking methods that expose you to 30–40% drops during bear markets, this method stays afloat even in the worst downturns.

We found our Untouchable stocks all share five key traits:

These stocks fought through each year without going down by double-digit percentages. And holding them keeps you calm. That’s crucial for allowing you to stave off emotional decisions and remain invested.

The strategy has proven to be very profitable, too…

As you can see in the chart below, the Untouchables have crushed the stock market in a safe way (compare the wavy line on the right to the steady rising line on the left):

Over the last 20 years, the S&P 500 has had a cumulative return of 227%. Meanwhile, our Untouchables strategy has returned an average of 2,105% over the same time frame.

How to profit on Trump’s second term 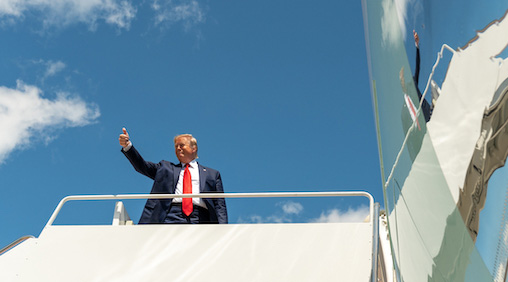 And the profits of American investors.

But he’s not tired of winning yet.

In fact, he has a shock in store for Americans. A secret plan that will add rocket fuel to the already hot tech market…

The Democrats don’t see this coming

The Power of Untouchables

Now, if you’re convinced gold is going higher, we don’t disagree with you. But if you’re overweight gold (over 5% per our asset allocation model), we’d encourage you to move part of your allocation to the Untouchables.

So with this current bout of volatility, consider an Untouchable stock like consumer staples giant Johnson & Johnson (JNJ).

But remember: Always do your homework before investing in any company. And never invest more than you can afford to lose, even in safe stocks. 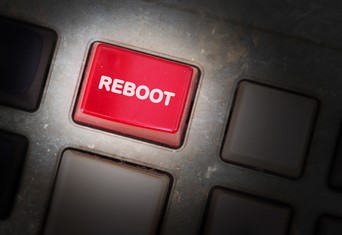 Gilder: “This Reboot Could Make You Rich”

A wealth revolution is coming.

And it could make you very… very… rich.

That’s the latest forecast from the man they call “America’s #1 futurist”… “Wall Street’s most influential technology trader”… and “a true American genius.”

“We’re headed for a potential $16.8 trillion reboot,” he says. “Nobody will remain untouched. And a few early investors could walk away with millions.”

Because of his track record, Daily editor Teeka Tiwari has been called America’s No. 1 investor. And one way he’s outperformed the S&P 500 is by adding Untouchables to our Palm Beach Letter portfolio.

Now, Teeka’s prepared to put his track record on the line again with a new idea. It’s a groundbreaking technology that he firmly believes will be the best place to grow your money over the next 10 years.

Teeka’s calling it the No. 1 investment idea of the decade. And he reveals it right here