It’s the worst outbreak in years…

According to the World Health Organization, the coronavirus has infected 75,000 people around the world… and killed an estimated 2,000 people.

More than 70,000 of the infected are in China alone – the epicenter of the virus.

Chinese officials fear the disease will become a pandemic without drastic measures. So it’s put large swaths of the world’s most populous country on lockdown.

For instance, Apple fell 1.8% on Tuesday, after the company announced it wouldn’t meet its first quarter revenue guidance due to the outbreak. And German sportswear giant Adidas said Wednesday its business activity in China has dropped 85%. 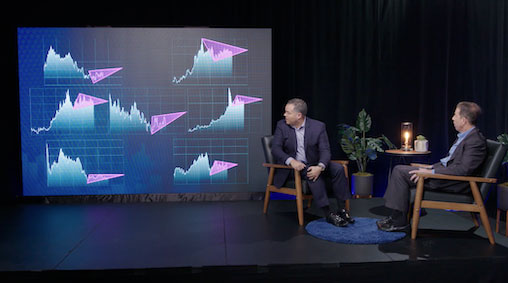 We expect many more companies to report similar sales declines… And that’ll rattle U.S. markets – at least in the short term.

The human effects of this disease are very real… and I don’t want to minimize them. As investors, though, we have to look at the outbreak’s economic impact.

If it becomes an out-of-control global pandemic, U.S. stocks could easily drop 20% or more. The question you have to ask yourself is: Do I still want to own stocks with that type of potential risk in the market?

In this essay, I’ll show you why the answer to that question is yes.

Three Reasons to Stay in Stocks

If you’ve been following me, you know I’m bullish on stocks…

Back in 2014 – when the current bull market was just five years old – I told a group of investors that a rare event would kick off a massive run for the ages.

I had a lot of skeptics at the time. But since making that outlandish prediction, the market is up 83.4%.

And now, two other tailwinds are combining with this rare event to keep this bull run going for at least another 10 years.

It makes sense when you think about it. Most people in the 35–49 age range are earning a lot more money at their jobs, and they’re spending more to support their families. That’s good for the economy as a whole.

I won’t go into all the details… but when the Golden Ratio is in effect, GDP grows faster, corporations make more profits, and the stock market rises faster. And according to Census Bureau projections, the median age of Americans will rise significantly between 2020 and 2050, as the number of older people surpasses the number of younger people.

Look, I’m no fan of money printing. But I also learned a long time ago to never fight the Fed… It’s proven it’ll continue to do whatever it takes to keep the economy booming.

So instead of fighting the Fed, I look for ways to benefit from its policies. And the best way to take advantage of its crazy money printing is to buy high-quality stocks.

I always urge my readers to stay rational. And right now, we need to be very rational about the coronavirus situation.

Scientists aren’t sure about the exact cause of the disease… if they can contain it… or if they can develop a cure.

All we can do is prepare ourselves. And that means understanding the outbreak could lead to more market volatility.

But also understand any drop will be temporary.

My research suggests you still have about 10 years left to make money from equities.

So as long as my three tailwinds – the Golden Ratio, disruptive tech, and QE – remain intact, you should stay in stocks and forget about timing a drop that may never happen.

Because of my track record, I’ve been called America’s No. 1 investor. And like my outlandishly bullish call in 2014, today, I’m going to put my track record and reputation on the line, once again…

It’s an idea that will get a boost from my three market drivers. In fact, it’s a technology so disruptive I believe it will be the No. 1 investment of the decade.

In all my time as a Wall Street exec – and in more than three decades in finance – I’ve never been so convinced of an investment’s potential. I firmly believe this will be the single-best place to grow your money in the next 10 years…