Teeka Tiwari will show you how crypto is changing the face of traditional finance as we know it. 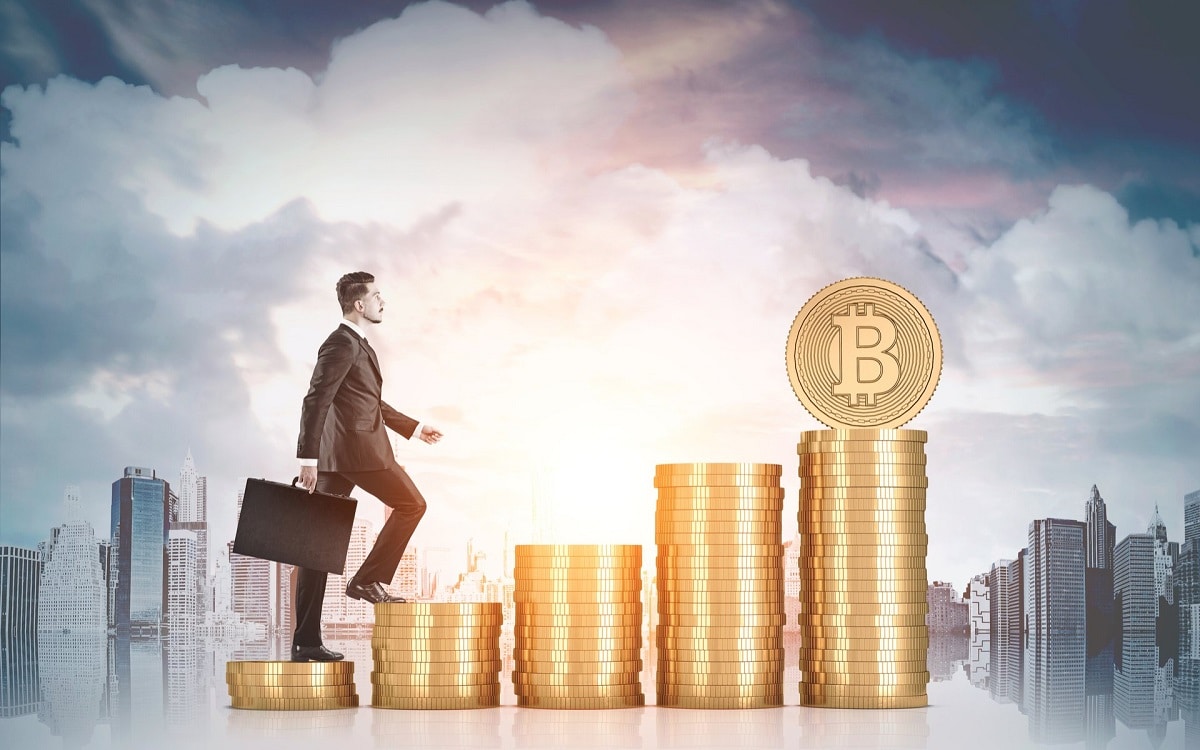 Paul Tudor Jones is a legend on Wall Street…

He’s the founder and CIO of Tudor Investment Corporation, which manages over $38 billion in assets today. Personally, he’s worth over $5 billion.

It’s even rumored that he tripled his money on October 19, 1987, when the market crashed. This is a man who knows opportunity when he sees it.

So when he recently said he’s buying bitcoin, we took notice…

You see, governments and their central banks are printing unprecedented amounts of money to rescue their economies from the coronavirus pandemic.

By some estimates, governments will spend more than $6 trillion in direct and indirect stimulus during this crisis. Eventually, this money-printing will cause massive inflation.

And that has Tudor Jones worried. Here’s what he said two weeks ago…

We are witnessing the Great Monetary Inflation (GMI). With that in mind, in a world that craves new safe assets, there may be a growing role for bitcoin. Owning bitcoin is a great way to defend oneself against the GMI, given the current fact set.

Tudor Jones believes so much in bitcoin that he’s putting 2% of his own assets into it. (Coincidentally, at PBRG, we’ve been recommending you put no more than 2% of your assets into crypto for quite some time.)

According to Barclays, hedge funds manage over $3.1 trillion in assets. So even if a small percentage of those funds follow Tudor Jones’ lead, it’ll have a powerful impact on the crypto market.

This is huge news. Basically, one of the biggest names in finance is telling his hedge fund buddies, “Hey, you should check out this bitcoin thing.”

But I don’t believe Tudor Jones is getting into crypto just as a hedge against inflation. Crypto is much bigger than that.

Today, I’ll show you how it’s also changing the face of traditional finance as we know it.

Getting in on the Next Big Crypto Trend

Tudor Jones isn’t the only major player getting into crypto…

RenTech’s Jim Simons is the highest-earning hedge fund manager in the world, according to Forbes. And his Medallion Fund is famous for achieving the best continuous returns in history. Between 1994 and 2014, it generated average returns of above 71.8%.

Another player getting in is venture capitalist (VC) firm Andreessen Horowitz.

Founded in 2009, the firm is known for investing in early-stage tech companies, including Skype, Facebook, Twitter, Airbnb, and Coinbase.

VC Tim Draper recently purchased a stake in a decentralized autonomous organization with a focus on crypto money markets.

One of those channels is decentralized exchanges (DEXs).

That may sound intimidating… But a DEX is simply an exchange market that doesn’t rely on third parties to hold customers’ funds. Instead, trades occur directly between users (peer-to-peer) through an automated process.

As I told you yesterda, industry estimates project removing middlemen could reduce transaction costs by 30% or more. DEXs are also safer and faster than traditional exchanges. So it’s no surprise we’re seeing transactions on these exchanges rise. 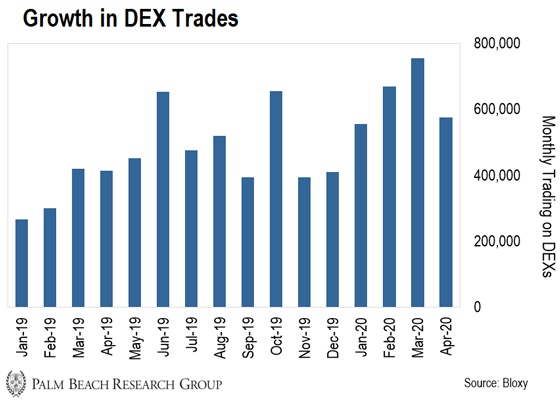 And the amount of money flowing into decentralized finance (DeFi), or “crypto finance,” is growing, too… 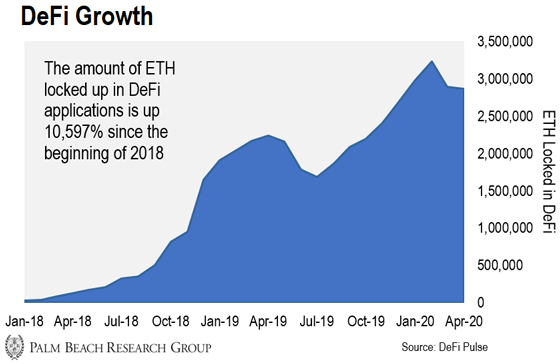 And over the last two months, we’ve seen stablecoin supply grow by 69% to nearly $10 billion.

Stablecoins are essential to the crypto finance ecosystem. They have a fixed price, and most are pegged to the U.S. dollar and trade at or near $1. They’re the “dry powder” people use to transact in this space.

As I mentioned above, some of the biggest players in the world are lining up behind crypto and its capabilities. Whether it’s in response to COVID-19, the bitcoin halving, or new applications, these are the catalysts that will bring adoption to the mainstream.

Look, I understand a lot of this may be flying over your head right now. Crypto finance is new, so many people aren’t familiar with it.

You’d have no idea what I was talking about.

That’s the thing about early-stage technology. Most people don’t understand until it becomes mainstream. And by then, it’s too late.

Trust me… crypto finance and decentralized exchanges will be as common in a few years as e-commerce and online banking are now.

But by then, you’d have missed out on all the big gains from this megatrend.

If you want to get involved in the growing DeFi space, consider buying a small amount of the stablecoin USD Coin (USDC) to get your feet wet.

Stablecoins are used by many DeFi apps. And as I mentioned above, they’re the “dry powder” people use to transact in this space.

Remember, you don’t need to risk a lot to make life-changing gains with crypto. So don’t bet the farm.

Steady Income Investments > Passive Income > Teeka Tiwari: Where the Big Money Is Headed Next in Crypto