Bitcoin to rise about 11 times over the next 12–18 months? Is that possible? 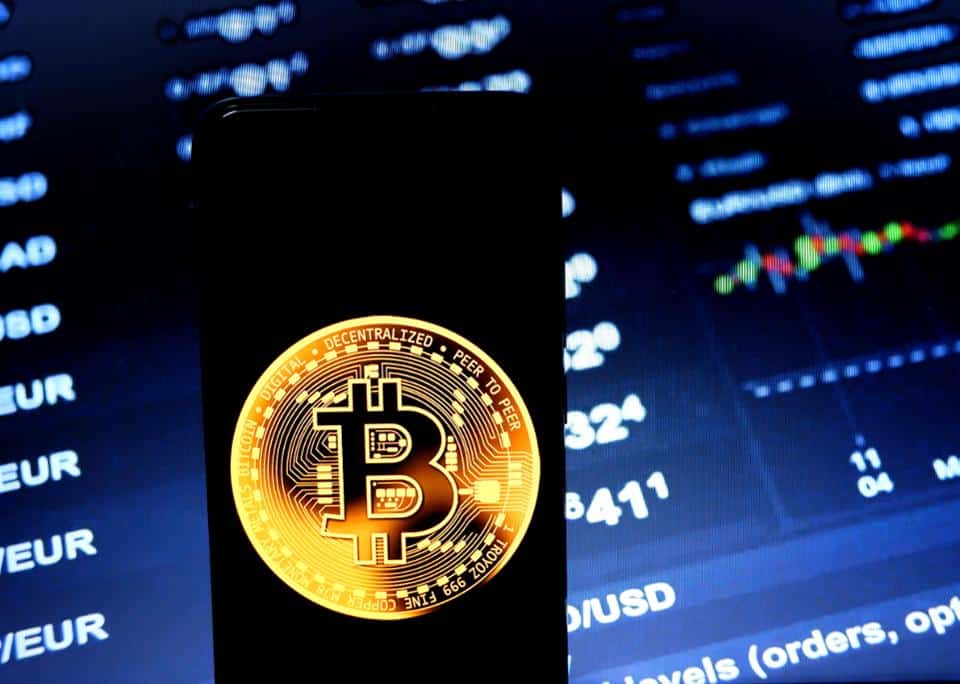 I’m an investment committee member of a South Florida wealth management firm. So I’m on a lot of industry distribution lists.

And each week, I get at least a dozen invitations to investment webcasts. The invites target financial professionals like financial advisers and broker-dealers.

Now, I don’t accept most requests. But one recent topic caught my attention.

The title was, “Turbulent Times: Why Add Bitcoin to Your Portfolio Now.”

It caught other eyeballs, too. Nearly 1,100 financial pros registered for the call.

The host was Brian Estes, founder of Off the Chain Capital – an investment fund focused on value opportunities in crypto and blockchain.

You probably don’t recognize the name Brian Estes. (I didn’t either.) But he has a stellar bio.

So he’s the real deal.

That’s why I was so surprised when he started off the webcast with: “You’re going to think I’m crazy.”

You may think Brian is crazy, too, after seeing this prediction: Bitcoin will hit $100,000 by the end of next year.

That’s right – he thinks bitcoin will rise about 11 times over the next 12–18 months. And this isn’t some half-baked proposition.

Brian left a decorated career in traditional finance to go full time into crypto in 2016. He launched his crypto fund in December 2016.

His old Wall Street colleagues thought he was crazy for making the jump. But it didn’t deter Brian. In three years, he’s amassed quite a track record.

Since his fund is only available for accredited investors, I can’t share its performance results with the public. However, I can tell you that they’re multiples higher than major equity indexes and other world-class investors.

Plus, Brian has helped build four blockchain companies with a combined value of over $10 billion since his move to crypto.

So when he speaks, it pays to listen. And here’s what he said during the presentation:

Bitcoin allows for the movement of money and value around the world. It is done through the internet on a safe and secure platform… in 10 minutes… and for pennies per transaction.

Now, Brian isn’t just mouthing off on his price target.

I won’t get into the weeds of each model. But each has shown a remarkable 90%-plus correlation to the price of bitcoin in the past.

Brian’s models shouldn’t come as a surprise to regular readers.

Longtime readers know editor Teeka Tiwari is bullish not only on bitcoin – but the entire crypto space. He’s been pounding the table on bitcoin since 2016… and was one of the first editors in the newsletter business to publish a research report on cryptos.

Now, Teeka believes two forces are combining to send bitcoin to new all-time highs. He calls this rare event “The Phenomenon.” And it happens every four years.

But here’s the thing…

Teeka says the Phenomenon will boost a tiny subsector of coins to stratospheric heights – that’ll make 1,000% gains pale in comparison.

Five hundred dollars into each of these coins would have been worth as much as $2 million, $2.7 million, and $5 million, respectively.

And during the event, he shared details about his updated buy list of the five coins he believes could turn $500 into $5 million during the Phenomenon that’s expected to occur in just a few days.

Plus, Teeka shared why he believes crypto will become a major financial asset after the coronavirus pandemic.

If you missed his special event, you can watch the official replay right here. But remember, the Phenomenon will occur in just a few days. And it won’t happen again for another four years.

In the meantime, if you’re looking to build your exposure to crypto, start with a small stake in bitcoin. You’ll need it to buy the other coins that’ll get a boost from the Phenomenon.

As I mentioned above, the gains of a handful of coins during the last two times the Phenomenon occurred were extraordinary. But if you think you’re too late… you’re wrong. In fact, Teeka believes we’re still at the very beginning…

But once the Phenomenon takes off in just a few days, the setup he’s identified in just five coins will disappear.

This could be your last chance to turn a few $500 investments into as much as $5 million. So you must act now…