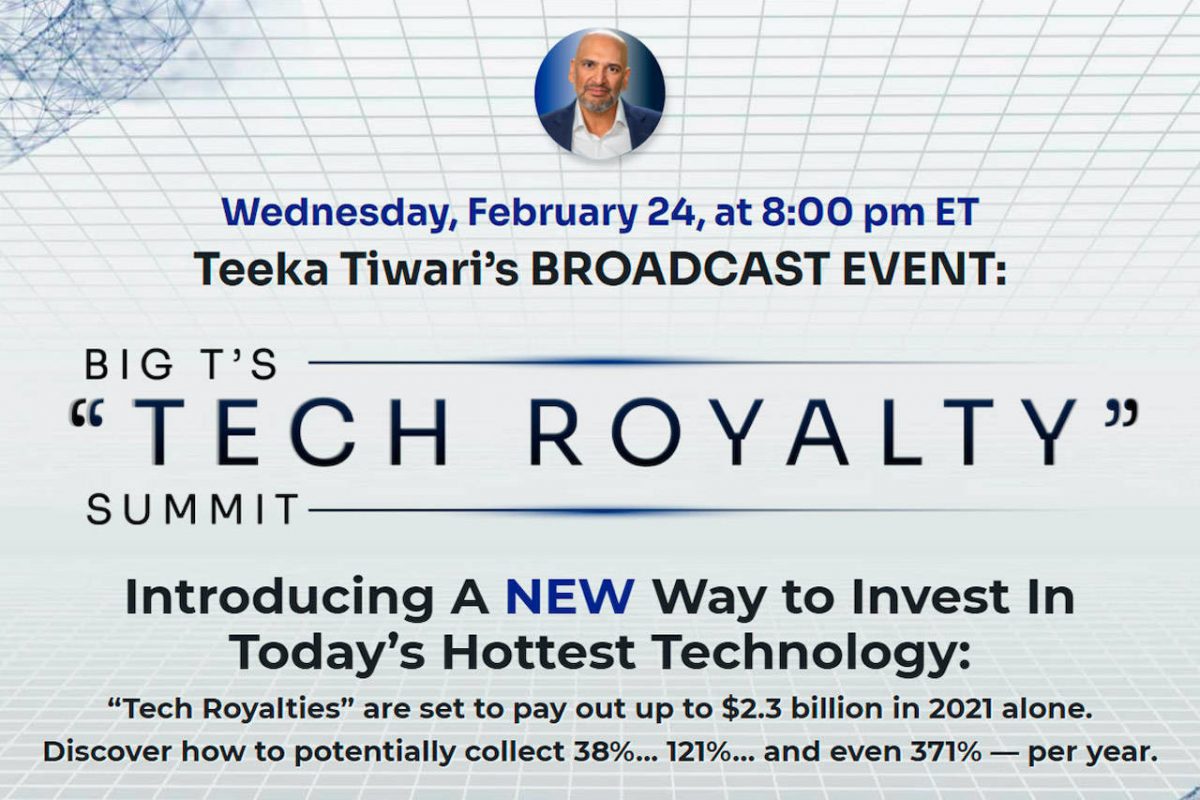 Tech Royalty: An Explosive Crypto Trend You Haven’t Heard About

“It’s not too late for bitcoin…”

I imagine most of the folks reading this have heard the name.

For those unfamiliar, Cramer is a former hedge fund manager. It’s said he produced a 24% average annual return over his 14-year run.

After that, he founded TheStreet.com, a website for financial news and literacy.

But he’s most famous for his CNBC show Mad Money. And he’s got quite an audience.

So when Cramer pounds his fist on the table and says, “buy, buy, buy,” that message has a large audience.

What’s important is that Cramer was part of a growing trend. The trend of Wall Street acceptance for cryptocurrencies.

Some may think it’s FOMO, the fear of missing out. But that’s not right.

Cramer is reportedly worth over $100 million. If he missed the bitcoin trade, he’s still going to eat.

This is about the fear of being wrong.

None of these Wall Streeters want to be the ones who missed out on bitcoin.

Today, I’ll show you how this trend is developing across Wall Street, what it means for crypto, and how it will be one of the biggest moneymaking opportunities in 2021.

That’s the low bitcoin reached at the height of the coronavirus pandemic in late March last year… And as I write this, that’s more than 1,300% off its recent all-time high of about $52,600.

If you thought bitcoin was going to die, that’s when it should have happened.

But a funny thing happened instead. Bitcoin didn’t die. In fact, Teeka Tiwari pounded the table and said buy more bitcoin at the time. By the end of April 2020, it was over $8,000 again. And it has been going up ever since.

One of the bitcoin catalysts is “atychiphobia,” the fear of being wrong.

But it’s not just being wrong… it’s being called out by your peers for being wrong.

That’s the fear running through the hedge fund world today. Nobody wants to be wrong on bitcoin.

We can thank Paul Tudor Jones for helping to kick off the trend.

And Jones is personally worth close to $6 billion. Suffice to say, he knows how to make money. So it was significant when Jones told clients this past May he was buying bitcoin.

His reason for buying – he sees bitcoin as an excellent hedge from what he calls the “Great Monetary Inflation.” The unprecedented money expansion by governments around the world.

But the reason is not the most important thing here…

The most important thing is that he became the first big-name hedge fund manager to buy bitcoin.

The floodgates are now open. And now every hedge fund manager has to ask themselves: Am I wrong on bitcoin?

When they do, I believe they’ll arrive at the same conclusion as Cramer…

In 1992, he and Soros famously shorted the British pound sterling, breaking the Bank of England and reaping over $1 billion in profits.

Like Paul Tudor Jones, Druckenmiller is a guy who knows how to make money.

He sees bitcoin as having “a lot of attraction as a store of value.” And he thinks it could outperform gold.

And then there’s Ray Dalio – another famed hedge fund manager worth several billion – who recently called bitcoin “one hell of an invention.”

He even said he’s considering cryptos as an investment for clients looking for protection against a falling dollar.

Dalio did remind his clients that he’s anything but a crypto expert… but I wouldn’t be surprised to see him personally invested in bitcoin once his “learning period” is over.

And the bigger question is, how do we profit from this trend?

Charlie Shrem was one of the first bitcoin millionaires in history and has made a massive fortune by being an early backer of the most popular cryptocurrencies in the world.

Today, he’s revealing the next big crypto to buy … for FREE.

For most hedge fund managers, the ongoing runup in bitcoin has been a frightful time. Why? Because almost none of them were in the trade. And not getting in as bitcoin rockets beyond $50,000 means their credibility is almost guaranteed to take a hit…

Even worse, the financial media is more than happy to tell them as much.

That’s why I wouldn’t be surprised if bitcoin keeps shooting higher from here… fund managers who once turned their nose at the crypto won’t make that same mistake twice.

As investors, one way to play this trend is to buy bitcoin. But you can do even better with “Tech Royalties.”

That’s the name we’ve given to a subsector of crypto investments that pay you to hold them. They provide you with a steady stream of income that increases in value over time as the underlying cryptocurrency becomes more valuable.

Just like a musician makes more money from their royalties as their music becomes more popular.

But with Tech Royalties, you get capital appreciation along with monster 10%-plus yields. That’s because the “royalties” are paid to you in more of the underlying crypto. So as bitcoin and other crypto explode in price, the income you generate will rise, too.

I expect big moves in the Tech Royalty space over the next year or so. In fact, Teeka and I firmly believe it’ll be the biggest crypto trend you haven’t heard of in 2021.

If you want to learn more about this developing trend, Teeka is hosting a special Tech Royalty Summit this Wednesday, February 24, at 8 p.m. ET.

During the event, he’ll explain Tech Royalty investing… show you how to spot the good investments from the bad… and reveal an imminent catalyst that’ll catapult Tech Royalties onto the front page of every media outlet.

The event is free to attend, and you’ll even get the name and ticker of Teeka’s No. 1 long-term Tech Royalty just for showing up… click here to reserve your seat today.