How much time do you WASTE reading news that you can’t make money from?

What if you had 5 stories delivered to you that could actually MAKE you money AND save you time? 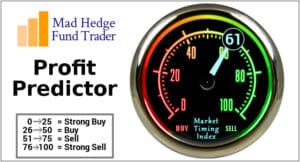 Millionaire Investor, and Founder of the Modern Day Hedge Fund John Thomas Gives You The 5 More Important Things That Happened Today… AND WHAT TO DO ABOUT THEM!

A free email newsletter service from the ‘Founder of the Modern Day Hedge Fund’.

You get his insights that only come from 50 years of hedge fund management, insider connections, and millions in trading returns.

Start your “Hot Tips” TODAY and get 3 FREE BONUSES

I’ve seen my fair share of global crisis…and I’ve profited each and every time in one way or another!

Today we’re staring down the barrel of a trade war, crashing commodities, and a GLOBAL political system run amuck.

However I know what’s going to happen next…

I know because I’ve been through this, know my strategies, can read the markets, and spent years as a hedge fund manager where my whole job was to profit from global crisis.

I want to show YOU how to profit today!

In my webinar I’ll reveal the secrets to profiting from global crisis and how to position yourself to profit from the NEXT one.

There is no doubt that the “underground” economy is growing by leaps and bounds.

No, I’m not talking about violent crime, drug dealing, or prostitution.

Those are all largely driven by demographics, which right now, are at a low ebb.

I’m referring to the portion of the economy that the government can’t see, and therefore is not counted in its daily data releases.

This is a big problem.

Most investors rely on economic data to dictate their trading strategies.

When the data is strong, they aggressively buy stocks, assuming that a healthy economy will boost corporate profits.

When data is weak, we get the flip side, and investors bail on equities. They also sell commodities, precious metals, oil, and plow their spare cash into the bond market.

We are now more than half way through a decade that has delivered unrelentingly low annual GDP growth, around the 2%-2.5% level.

We all know the reasons. Retiring baby boomers, some 85 million of them, are a huge drag on the system, as they save, and don’t spend.

Generation X-ers do spend, but there are only 58 million of them. And many Millennials are still living in their parents’ basements—broke and unable to land paying jobs in this ultra cost conscious world.

But what if these numbers were wrong? What if the Feds were missing a big part of the picture?

I believe this is in fact what is happening.

I think the economy is now evolving so fast, thanks to the simultaneous hyper acceleration of multiple new technologies that the government is unable to keep up.

Further complicating matters is the fact that many new internet services are FREE, and therefore are invisible to government statisticians.

They are, in effect, reading from a playbook that is a decade or more old.

What if the economy was really growing at a 3-4% pace, but we just didn’t know it.

I’ll give you a good example.

The government’s Consumer Price Index is a basket of hundreds of different prices for the things we buy. But the Index rarely changes, while we do.

The figure the Index uses for Internet connections hasn’t changed in ten years.

Gee, do you think that the price of broadband has risen in a decade, with the 1,000-fold increase in speeds?

In the early 2,000’s you could barely watch a snippet of video on YouTube without your computer freezing up.

Now, I can download a two-hour movie in High Definition in just 30 seconds on my Comcast Xfinity 250 megabyte per second business line, and now they are offering me a 1 gigabyte service for a few more bucks a month.

And many people now watch movies on their iPhones. I see them in the rush hour traffic and on planes.

I’ll give you another example of the burgeoning black economy: Me.

My business shows up nowhere in the government economic data because it is entirely online. No bricks and mortar here!

Yet, I employ a dozen people, provide services to thousands of individuals, institutions, and governments in 140 countries, and take in millions of dollars in revenues in the process.

I pay a lot of American taxes too.

How many more ME’s are out there? I would bet millions.

If the government were understating the strength of the economy, what would the stock market look like?

It would keep going up every year like clockwork, as ever-rising profits feed into stronger share prices.

But multiples would never get very high (now at 20 times earnings) because no one believed in the rally, since the economic data was so weak.

That would leave them constantly underweight equities in a bull market.

Stocks would miraculously and eternally climb a wall of worry. Did I mention that the S$P 500 is at another all time high?

On the other hand, bonds would remain strong as well, and interest rates low, because so many individuals and corporations were plowing excess, unexpected profits into fixed income securities.

Structural deflation would also give them a big tailwind.

If any of this sounds familiar, please raise your hand.

I have been analyzing economic data for a half century, so I am used to government statistics being incorrect.

It was a particular problem in emerging economies, like Japan and China, which were just getting a handle on what comprised their economies for the first time.

But to make this claim about the United States government, which has been counting things for 225 years, is a bit like saying the emperor has no clothes.

Sure, there was always been a lag between the government numbers and reality.

In the old days they used horses to collect data, and during the Great Depression numbers were kept on 3” X 5” index cards filled out with fountain pens.

But today, the disconnect is greater than it ever has been, by a large margin, thanks to technology.

Yes, but you better get used to the unbelievable.

As for that bull market in stocks, it just might keep on going longer than anyone thinks.

Don’t miss this opportunity to attend this webinar. Attendance is free but register early so you don’t miss out on this event!

In it John covers the short and long term prospects for stocks, bonds, commodities, foreign exchange, energy, gold, and real estate. Plus….

Well, now you have the means to do so by having a 50-year market veteran sit at your side and guide you on every trade.

That is what Mad Hedge Fund Trader John Thomas can do for you.

I have more good news for you. The Mad Hedge Fund Trader Summer Sale is on!

We only do this once a year.

This week only, you can subscribe to Global Trading Dispatch for three months for only $497. With it you will get:

2) Instant Trade Alerts sent out at market sweet spots, about 200 a year, and the reasons to execute them

5) Invitations to strategy luncheons around the world

7) Access to a ten year data base on investment ideas, searchable by name and ticker symbols.

To make this offer utterly irresistible I will throw in a free copy of my best-selling book, Stocks to Buy for the Coming Roaring Twenties. Read it now before the companies I recommended double in value again!

How to guarantee a comfortable retirement?

Grab this new book before the stocks researched EXPLODE…and you miss out!

Some call him the ‘founder of the modern day hedge fund’, and his prowess for picking stocks that fly under the radar is unprecedented.

In his brand new book and newsletter, you’ll get his latest explosive picks AND research that will give you the edge to make the trades that you’re truly seeking!

This is free, and includes free in-depth newsletter research.