One of our goals here is to introduce you to money-making opportunities. And one of the biggest out there is investing in 5G tech.

So today, we’re sharing a piece from the former tech executive Jeff Brown. He covers all sorts of groundbreaking technologies in his Near Future Report, including the details of the 5G rollout.

Below, he answers readers’ most common questions about 5G… including whether you can believe the hype, what’s ahead for the wireless technology, and what you should do to prepare in the meantime…

In 2020, we’ll witness the rise of a revolutionary new technology…

It will be a cornerstone for other bleeding-edge innovations like self-driving cars, robotic surgeons, and advanced augmented and virtual reality applications.

I’m, of course, talking about the rollout of 5G networks.

For readers who don’t know, 5G will deliver mobile speeds that are, on average, 100 times faster than today’s 4G networks.

For over a decade, I worked as a technology executive for the likes of Qualcomm, NXP Semiconductors, and Juniper Networks. I’ve been directly involved in the rollout of previous mobile networks like 3G and 4G.

And I can tell you with certainty that 5G won’t just be evolutionary, it will be revolutionary.

With 5G, you’ll be able to download a two-hour movie in 10 seconds. Dropped phone calls and slow-loading web pages will be things of the past.

You’ve undoubtedly seen commercials for 5G services. Perhaps you noticed that 5G networks were live at Hard Rock Stadium during the Super Bowl in Miami. 5G is getting very “real” in 2020.

Cristiano Amon – president of telecommunications company Qualcomm – predicts that 5G will be live in every metro area in the U.S. by the end of 2020.

But for all the promise of 5G, there are still a lot of questions. Today, I’m going to answer the top three questions readers have about these next-generation networks.

You’ve likely seen a commercial like this over the past few months: 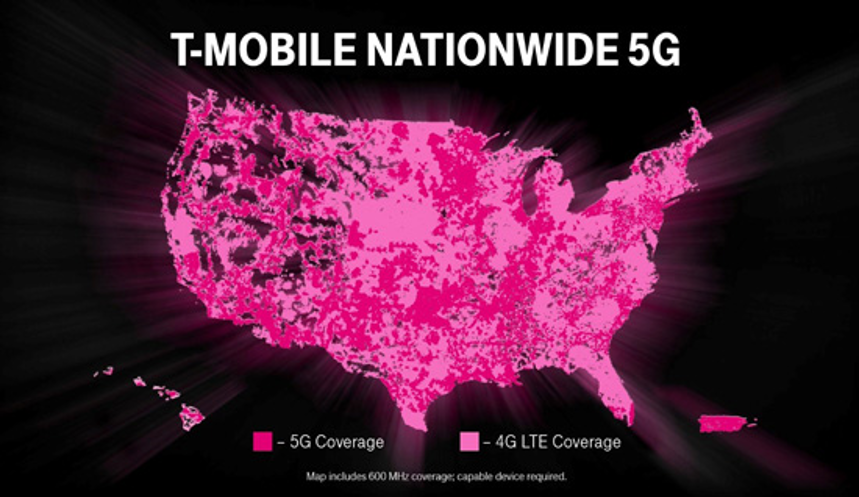 Wireless carrier T-Mobile claims to have the first nationwide 5G network. The first question most readers have is: Are these ads accurate?

The answer is yes… and no.

5G network architecture has changed compared to 4G. 5G operates over higher frequencies than the previous wireless generations. It requires far more towers. For major metropolitan areas, this could mean one small cell phone tower on almost every street corner.

T-Mobile’s rollout strategy takes advantage of its lower radio frequency (RF) spectrum in the ultrahigh frequency (UHF) band. The lower spectrum provides miles of coverage for each base station compared to the higher frequencies. But these lower frequencies don’t enable 5G’s top speeds.

Using the lower end of its 5G RF bands, T-Mobile will be able to cover a larger percentage of the U.S. population in a shorter time frame.

But this means T-Mobile will not be able to deliver one gigabit per second (Gbps) speeds (100 times faster than most 4G) right away. 100 megabits per second (Mbps) speeds are far more likely.

Over time, T-Mobile will still have to build out the rest of its 5G small-cell network to bring its customers one Gbps speeds.

Why would T-Mobile go this route?

From a marketing perspective, T-Mobile will be able to claim nationwide 5G coverage by the end of 2020. From a financial perspective, it’s much less expensive to build out the lower-speed 5G network instead of the dense, small-cell architecture from the beginning.

T-Mobile is dealing with its merger with Sprint and large debt loads. It makes perfect sense for it to take a “capital-light” approach to 5G at first. It’s hoping that the 100 Mbps speeds with nationwide coverage will help increase its customer base, thus improving its own financial position.

So the next time you see one of these commercials, you’ll know that the claims are technically correct. But it’s not “true” 5G.

Question No. 2: Should We Buy 5G Phones Now?

That’s the next question I hear from readers all the time. Remember, the smartphone we use today won’t be able to access 5G. Consumers will have to purchase a 5G-enabled phone if they want to gain access to these new networks.

But here’s my recommendation: Hold off for now.

Some of the early 5G phones use modems that could soon be obsolete. These chips are only able to access certain radio frequencies used by 5G. The Samsung Galaxy Note10+ 5G, for instance, uses Qualcomm’s X50 modem. These modems can tap into the ultrahigh 5G frequencies.

However, these modems can’t make use of the lower-frequency networks favored by providers like T-Mobile that I mentioned above.

To put it simply, many of these early phones won’t be able to make full use of the networks.

And as a final consideration, the answer will also depend on whether your hometown is an area that will receive 5G wireless network coverage this year. Obviously, if you live in a town that doesn’t have 5G coverage yet, there isn’t much point in having a 5G-enabled phone.

But for readers who live in a market with 5G, my strong preference would be for the 5G iPhone, due out in the fall. Apple, as a company, puts a strong emphasis on security and user privacy. Compare that to Android, which actively collects user data to better target us with ads.

We’re just at the beginning of the 5G era. But already, several investors are curious about 6G.

This question shows a lot of forward thinking.

Industry experts met at the first major 6G gathering in Finland back in March 2019. That led to the launch of the 6Genesis Flagship Program (6GFP). It’s an eight-year, $230 million project to develop, implement, and test the key technologies needed for 6G.

But why are industry experts already talking about 6G with 5G just now gaining steam?

The answer is that wireless technologies are about a decade in the making. It’s a complex development process that requires an incredible amount of collaboration in the industry.

To develop a next-generation wireless standard, it typically requires more than 100 companies working together and contributing their intellectual property.

Believe it or not, we started working on 5G way back in 2010… just as 4G was being rolled out. So the new focus on 6G this early is normal. The same is true for each wireless generation.

6G will require small-cell architecture like 5G. Except, it will need even more cell towers and base stations in order to operate at even higher frequencies.

That’s just what’s needed to get the deep network penetration necessary to deliver higher speeds and larger bandwidth. We can expect 6G speeds to be about 10 times faster than 5G. That puts us around 10 gigabits per second.

That might seem unnecessarily fast. For how we use today’s wireless networks, it is. But with more bandwidth and higher speeds come applications that utilize the newfound network capabilities.

And we can expect artificial intelligence (AI) to be deeply sown into 6G networks. AI will help manage what will be incredibly complex wireless networks. And it will enable incredible services even above what 5G will bring.

Of course, you won’t hear me talk about 6G much in the next few years. That’s because there are no 6G investment opportunities yet. It’s still a decade out.

So we’re laser-focused on 5G right now. The 5G boom is just hitting the sweet spot as we move into 2020. I’m not exaggerating when I say that this is a “once in a decade” investing opportunity.

One day soon, we will wake up to a world powered by these 5G networks. Thanks to 5G, technology like self-driving cars, holographic telepresence, and virtual reality applications will be the norm.

[ATTN] If You Own Any 5G Stocks, Or Are Considering Investing In 5G… 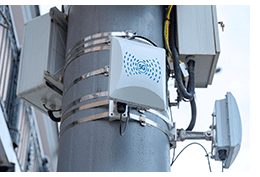 If you own any 5G stocks right now…

Or even if you’re considering investing in 5G…

There’s something you urgently need to know:

Some investors may be skeptical of the potential of 5G. Is it really revolutionary? Is the investment potential really that extraordinary? I spent a decade working as an executive in the telecommunications industry. And I can tell you the answer is yes.

But the time to take a position is now. By the end of 2020, 5G will be widespread. Hundreds of millions of 5G devices will be sold. And the largest investment returns will be gone.

Steady Income Investments > Passive Income > Jeff Brown (The Near Future Report): We’re in the Sweet Spot of the 5G Boom