A rally in bitcoin led the cryptocurrency market higher ahead of a major technical event for the digital coin and as industry participants report an increased interest from institutional investors. 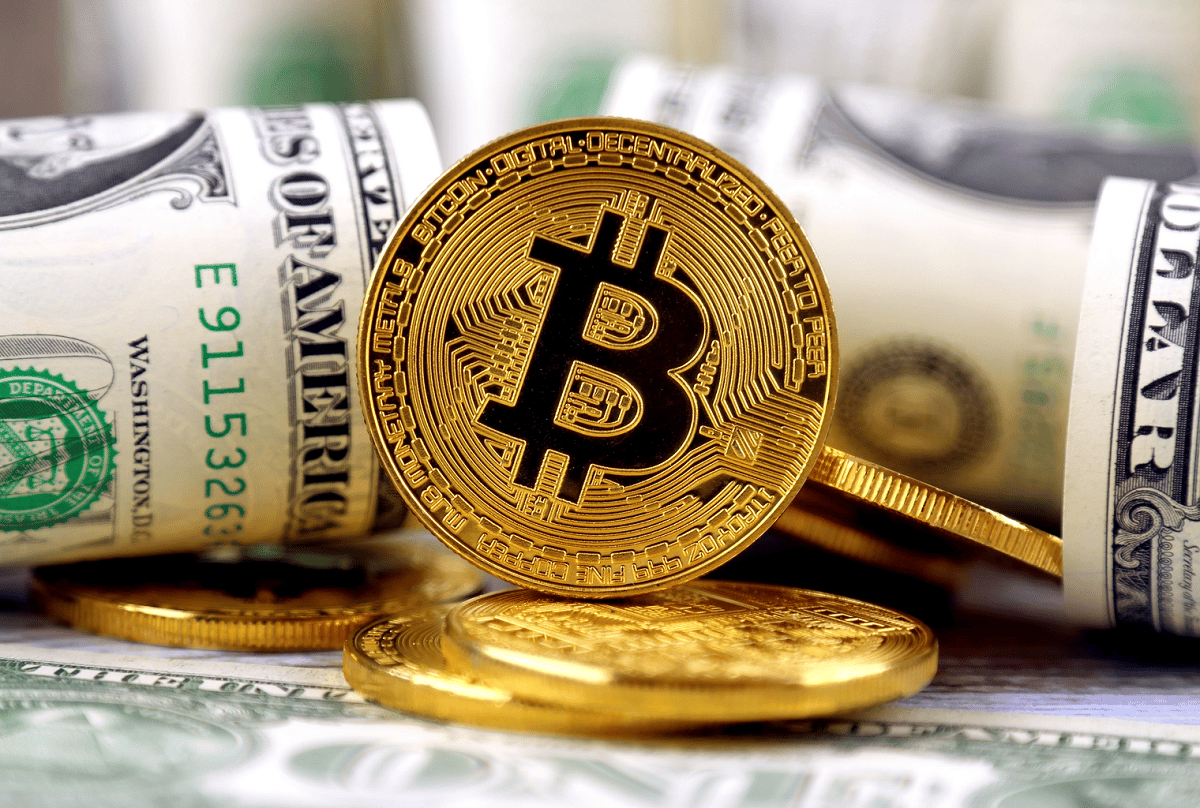 A rally in bitcoin led the cryptocurrency market higher ahead of a major technical event for the digital coin and as industry participants report an increased interest from institutional investors.

Bitcoin crossed $10,000 on Friday morning Singapore time, the first time it has hit that price since February, according to data from CoinDesk. The cryptocurrency had pared some of those gains and was trading around $9,900.75 as of 1:39 p.m. Singapore time, still representing a more than 6.4% rise from the day before.

The entire market capitalization or value of the cryptocurrency market had jumped by more than $13 billion from the day before, as of around 1:39 p.m. Singapore time. That move had been largely driven by bitcoin which makes up most of that figure. The value of the entire market stood at $268.07 billion.

Industry participants said that a number of factors — from supportive central bank monetary policy to increased interest from institutional investors — has factored into the bitcoin rally.

Bitcoin suffered two bouts of intense selling in March sending it to a low of around $3,867, a price not seen since March 2019. Since then, the price has rallied over 150%.

Meanwhile, stock markets, which also saw sharp drops in March, have recovered. The Dow Jones Industrial Average is up 28.4% since its March low.

“Overall markets have been bullish since the March lows and this is across asset classes, including crypto,” Vijay Ayyar, head of business development at cryptocurrency exchange Luno, told CNBC. “Money printing by the Fed and other central banks globally have given a lot of confidence to investors that the economy will be supported no matter what.”

The U.S. Federal Reserve has announced a number of unprecedented measures to help cushion the economic blow from the coronavirus outbreak. Other central banks around the world, including the European Central Bank (ECB), have unveiled their own stimulus packages. Central bank policies are seen as supportive of risk assets like stocks.

Part of the rise in bitcoin’s price since the March low has been anticipation of a technical event known as “halving.”

Bitcoin is not issued by a centralized authority like fiat currencies are. That is why it is often called a “decentralized” cryptocurrency. Instead it is governed by code and is underpinned by a technology known as blockchain.

In the world of bitcoin, so-called miners with specialized high-powered computers compete with each other to solve complex math problems to validate bitcoin transactions. Whoever “wins” this race gets rewarded in newly minted bitcoin. This “mining” activity happens in blocks, which is essentially a group of transactions joined into one.

Currently, these miners receive 12.5 bitcoin per block mined. The rewards are halved every few years to keep a lid on inflation. On May 12, the reward per miner will be cut in half again, to 6.25 new bitcoin.

The effect is that the supply of bitcoin coming onto the market is reduced. Previous halving events, which happen every four years, have preceded big price increases in bitcoin.

“For the past few weeks, we have seen additional players enter the BTC market as prices have trended upward in anticipation of the halving event as bulls saw this as an opportunity to buy BTC ahead of a price pop and what many expect will be significant price appreciation,” Matthew Dibb, co-founder of Stack, a bitcoin index fund provider, told CNBC. BTC refers to bitcoin’s currency code like USD for the U.S. dollar.

“This has undoubtedly continued into this week and may even carry over the weekend as the halving draws closer.”

Dibb said there are other factors at play as well, including more institutional money flowing into bitcoin.

Paul Tudor Jones, a high-profile Wall Street hedge fund manager, revealed in a message that one of his funds holds a low single-digit percentage in futures on the cryptocurrency, Bloomberg News reported.

“The news that renowned investor, Paul Tudor Jones, has backed bitcoin—publicly praising the asset for its properties as a store of value has almost certainly helped catalyse BTC’s sudden movement into the US$10,000 zone,” Dibb said.

“With monetary easing policies and ‘unlimited’ economic stimuli being recently unveiled across the world, fiat currencies seem set to weaken substantially. This has, in turn, led to bitcoin’s narrative as a ‘store of value’ to gain added traction amongst investors who are seeking to hedge against volatility in traditional markets.”

Bitcoin has often been compared to gold as a so-called safe haven asset during turbulent times for other risky assets like stock markets. However, recently, bitcoin has fallen and risen when stock markets have.

Are You About to Make the Biggest Financial Mistake of Your Life?

A rare “Phenomenon” is 100% set to strike the crypto market …in less than a week.

The opportunity to grow up to $5 million richer only exists BEFORE the Phenomenon. You must prepare now.

If you wait until AFTER the Phenomenon – even a day after – you could lose 7 figures of potential profits.

In short: Waiting until after the Phenomenon could be the biggest financial mistake of your life.

There’s barely any time left for you to prepare.

Bitcoin has always been known as a very volatile asset subject to huge price swings. In 2017, bitcoin saw somewhat of a frenzy that sent its price from under $1,000 at the start of the year to a record high of over $19,700 in December that year.

Dibb believes that the recent rally is different from what was seen in 2017.

“This market is not moving purely on the back of retail speculation—and it is primarily Bitcoin which is experiencing gains, not the altcoin market,” Dibb said referring to smaller digital coins. “It is only now that we are really beginning to see institutional and accredited investors operating within the Bitcoin space, bringing a level of market maturity and financial understanding which was all but absent from the cryptocurrency sector as late as 2017 and 2018.”

However, the risk of a substantial drop remains.

“We have gone from 3K to 10K in 2 months, too fast, too soon. There will be a pullback, and that will determine what kind of crash it is,” Luno’s Ayyar said.

“We could pull back to 8K, hold, and them move higher to 15K. Or we could go right back down to 3K as well. At this point though, one has to be bullish, unless, we see a violent move down. I think the current run up though is part of a larger move up, so don’t think we’ll see 3K again anytime soon. But if we do run up to 15-20K, then likelihood of a big move down and larger correction is higher.”