Andy Krieger – a legendary moneymaker has come out of seclusion and he’s now working with Legacy Research.

We have never seen someone like this individual in our space – ever.

This guy has made trades so big, he has actually almost shut down the central banks of certain countries.

He’s the only person we know who has made a trade that’s generated $300 million in profit.

Andy’s been called one of “the most aggressive traders in history,” despite his extreme aversion to risk.

Krieger became famous for “breaking the Kiwi” in 1987, making $300 million in profits in a single day for Bankers Trust.  Every foreign exchange professional has studied this trade… and it’s taught in every MBA program.

That’s not even his best… or most profitable trade. That’s only the one he’s famous for because news of this big trade spread like wildfire around the globe.

Andy even briefly worked for George Soros… and many believe George used Andy’s Kiwi trade as a template for “breaking the Bank of England”.

But then Andy mysteriously stepped out the limelight.

Since then, he’s traded multi-billion-dollar positions completely anonymously in the currency and commodities markets.

Over the past 35 years he claims he’s only had two down years. The probability of that happening by chance alone is 1 in 57 million.

In fact, whenever there’s a big trade in the currency or commodity markets… some people still wonder if Andy Krieger is behind it.  His legend is so mysterious, he’s even on the most authoritative list of people who could be Satoshi Nakomoto, the inventor of Bitcoin.

Andy Krieger’s Big BIG Trade Event – What Is IT? 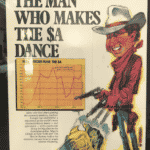 For decades, everyone has wanted to know “What’s Andy Krieger thinking?”  And, on February 20th, 2020, he’s stepping back into the limelight for the first time in his first live interview ever.

Why? Andy says another Big Trade is coming.  He believes this is the single biggest moneymaking opportunity he’s seen since he “broke the Kiwi”.

He is seeing an unprecedented confluence of compression across multiple currencies. They are ALL pointing to the same big event in mid 2020.

A BIG Big Trade you can make 30X from.  The best part?  He’s looking for a small group of apprentices to trade it with him. 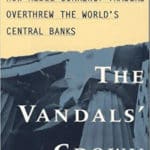 “a powerful and notorious force”

From The Vandal’s Crown: How Rebel Currency Traders Overthrew the World’s Central Banks

“the word’s most successful forex dealer — and speculator”

“one of the greatest currency trades ever made”

“engaged in some of the most esoteric trades imaginable”

Insiders say the bank liked the money Andy was making but would have preferred to profit to come from a team, rather than disproportionately from one highflier.

In 1987… While other motorists heading for Manhattan were contemplating the $3 toll, Mr. Krieger was pulling off trades of $10 million and more.

“for many bankers, the news about Krieger’s trading was a wakeup call. It was time for them to go back to school…”

“most successful traders in the world”

“So enormous were his positions in the currency-options market that news of his resignation practically halted trading around the world.”